This is a guide for how to replace the hard disk drive on a Fujitsu P8010 laptop including how to disassemble the machine to get to the drive. The length of this document would indicate that this is a long and complicated process, when in fact it was relatively easy. This document is long just because I'm trying to be complete.

I have a Fujitsu P8010 that I purchased direct from Fujitsu USA in August 2008. The machine is a very nice combination of performance, small size, light weight and a nice keyboard and display. It is almost netbook size, but with a real dual core processor, 4GB of RAM and an optical drive. On it, I run Ubuntu Linux (10.10, currently) as well as (occasionally) Windows Vista. The commands used below to duplicate the disk are for Linux. Presumably you could do the same thing from Windows using a tool like Norton Ghost, Acronis True Image, or Macrium Reflect. I don't have experience with these tools.

In my experience, this can only mean one thing: The disk is going to fail. Maybe not today. Maybe not tomorrow, but soon. Maybe tomorrow.

Copying Data to the New Disk

So, the first thing I needed to do was figure out how to open up the machine to access the hard disk. Typically, I would search the Internets for "fujitsu p8010 disassembly" or "fujitsu p8010 hard-disk-replacement" but no matter what my search terms, I couldn't find any instructions or videos on how to disassemble the machine. I needed to be sure I could disassemble the machine before investing in a new hard disk so I could be sure I could replace it successfully.

Lacking any help from the net, I started on my own. It turns out it was substantially easier than I thought it was going to be. My usual problem disassembling modern electronics is that they are made of plastic that requires bending and snapping to get the pieces apart. This often leads to broken pieces. Luckily (and surprisingly) the back panel of the P8010 is actually made of aluminium. I suspect that Fujitsu determined that plastic didn't have sufficient structural integrity at the thickness they needed.

Here are the steps I followed: 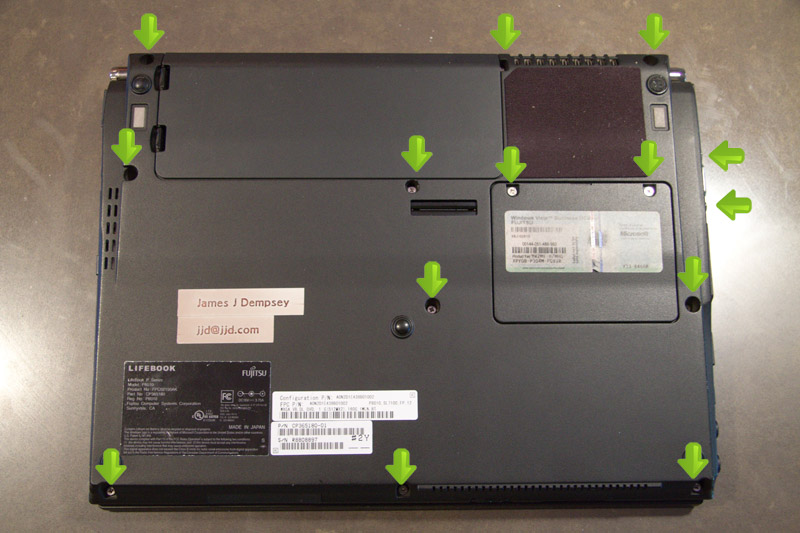 You can see your target, the disk drive, staring at you in the upper right of the case as in the pictures here: (Note that in these pictures, the P8010 is upside down in orientation compared to the assembled picture above.) 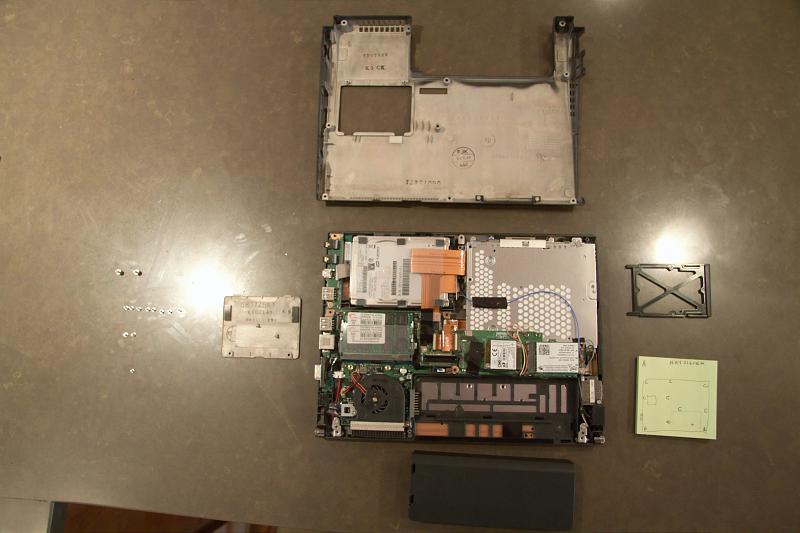 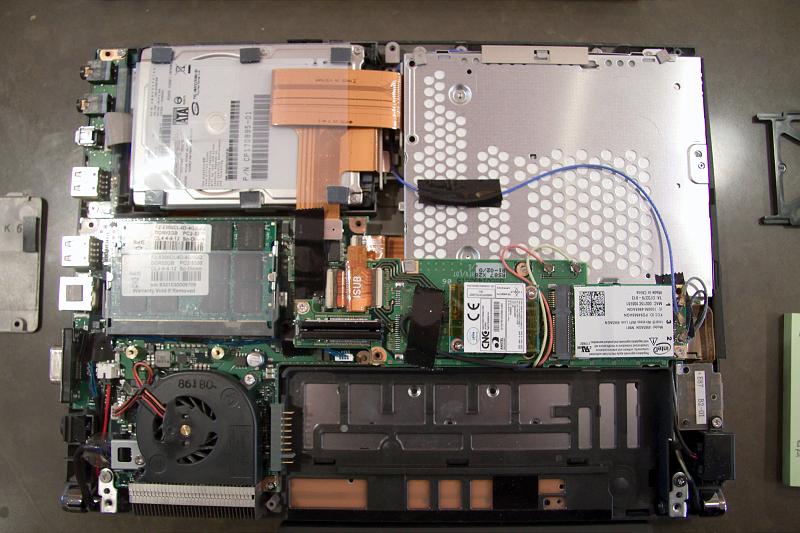 I've now had this new Seagate Momentus XT hybrid drive for a year. It has worked well with some notable exceptions. Other users of the drive (not me) started having significant problems, particularly when the drive spun down. As a result I updated the firmware on the drive to the latest firmware, but it basically disabled the drive spindown feature which reduces battery life and increases heat.

Seagate now has a next generation Momentus XT (here at newegg.com) that is 750GB and, according to Seagate's community forums, solves the spindown problems. Users are reporting very good performance for this new drive.

If you are looking for info on how to replace the disk on a Fujitsu P7000 series (P7010D), please check out Stephen's page on LifeBook P7000 Disk Replacement. He's the one who encouraged me to write this page in the first place.